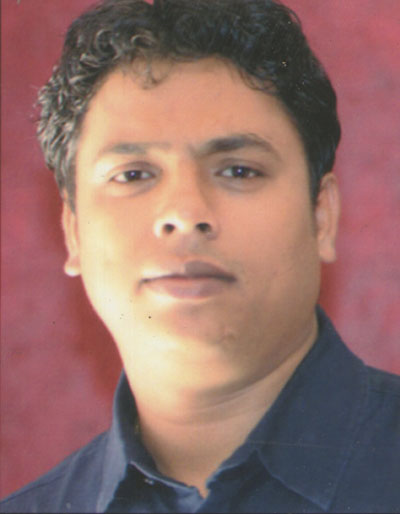 What To Choose: Flutter Vs React Native? 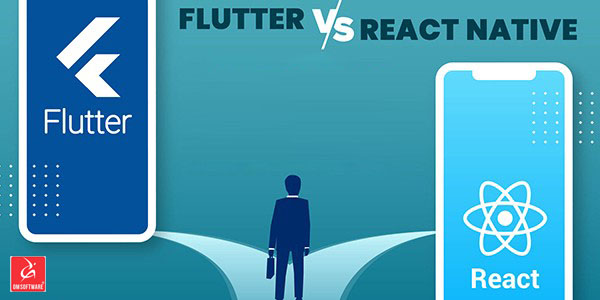 As time moves ahead towards more technological advancements, a new app is launched in the market. Several reports over the years have shown the positive impact of these apps on the market.

People from all around the world have a lot of apps installed on their devices. Hence, the app development market is sure to grow in the coming times. With the increasing number of apps, the popularity of cross-platform apps is increasing too.

Flutter and React Native are two such prominent cross-platform for app development. While Flutter is owned by Google, React Native was launched by Facebook in response to Google.

Is cross-platform development worth it?

However, with the launch of React Native by Facebook, the scenario regarding the cross-platform developments changed. These too ensured a high-quality user experience as the native app development. Flutter from Google offered power-packed solutions thereby ensuring a platform for development without skipping the user experience.

Flutter was launched by Google and has been maintained as an open-source technology. It provides a robust and extensive environment for a great app building experience. With Flutter, developers can create apps for both iOS and Android platforms.

Flutter plays an important role in cross-platform app development. The developers have complete control over the type of app they can create. The applications developed are suitable for the web, iOS, and Android.

Flutter all development ensures proper API. Google has been working towards developing Flutter thereby helping users reach the target audience early. However, for the web, it has a very limited option and is available only for technical preview.

Flutter is extremely safe and free to use. One of the greatest benefits of using Flutter is that it provides its own widgets which contribute to high-performance, customization, and even attractive app development.

Apps built using Flutter are high-performing and have stability combined with quality. Each year, Flutter is updated as per changing algorithms, and eventually, Flutter now happens to be one of the best technologies.

Why should you use Flutter?

If you don't use Flutter, some of the common reasons that will compel you to use the app include

Pros and Cons of Flutter

Flutter is considered to be one of the main development platforms for different reasons. Some of the most common pros of Flutter include the following

Flutter is extensively easy for developers since it offers a dynamic and faster app development process. All the top developers around the world use Flutter.

This feature is also very helpful for fixing bugs and adding new features. It is one of the best cross-development platforms for developers to work in collaboration.

Since you can use the app on both platforms, you will have complete control over the Quality Assurance process which will be pretty fast for different platforms. It helps to conduct less tests and meet the requirements of the quality assurance team immediately.

What more can you expect from an app development platform than fast apps? Apps created using flutter are convenient and easy to use. These apps usually do not hang.

Flutter follows Skis Graphics Library which helps to bring about changes in the user interface. However, the UI redrawing needs to be done carefully because one small mistake can impact the app's performance and speed.

As stated above, Flutter has its own customized widgets that are managed by the graphics team of the platform. The user interface of Flutter is very different from native apps.

Moreover, Flutter provides extensive customization options so that you can choose your own widgets and customize accordingly.

The user interface of the apps is one of the main things to look forward to. Flutter supports even the old devices which is why you wouldn't need to worry about the look of the app.

Flutter isn't as developed as React Native which is why the developer community is small. Since it is based on Dart and not on Java, not a lot of people prefer using it.

Flutter may be popular but it still needs to do a lot of things. Although the developer community is small now, it is eventually growing in size each day thereby bringing about a boost in the business.

Flutter doesn't support across different platforms such as Travis or Jenkins. It is necessary to proceed with testing, building and development carefully to ensure the custom scripts are maintained thoroughly.

Flutter is an open-source platform, but Google has complete control over regulating it and pulling out the support.

As a result, Google is trying its best to bring the most convenient and easy-to-use feature for the team. Google flutter's beta version can help the audience realize the true potential of the soon

Cross-platform app development platforms, especially Flutter are bigger than any native apps. It is necessary to note down the changes to avoid the inconvenience. Bigger apps usage may downgrade your app development process which is why you should check with it. Google with each passing day has been bringing updates to lower the size of Flutter, so as to make it convenient for all the aspects of mobile development.

React Native was one of the most popular cross-platform app development platforms by Facebook. Although launched in 2015, React native, it took away the market of Flutter. React native too is an open-source platform that can build apps across different platforms such as iOS and Android.

Why use React Native?

React Native has become extremely popular among all. Some of the prominent reasons why you should be using React Native include

The fast coding feature is very similar to Flutter itself. The hot reload feature ensures that with a new code the program runs efficiently. So, the developer may not need to rebuild the app from scratch to implement the new code.

Unlike Flutter, React Native uses the universal programming language, JavaScript. Hence, it becomes extremely easy to use for new as well as old developers. It is a static and stable platform allowing the easy buildup of apps.

React Native is extremely effective in allowing developers to use specifically what they need. The freedom of choice is provided considering the developer's preferences and project requirements. The developer has complete flexibility to choose between TypeScript or JavaScript as per the custom UI library.

React Native is relatively new which is why it is one platform with a stable API. As a result, you have complete flexibility on easy resolving issues and fixing problems. Moreover, it also works towards reducing the size of applications.

Comparatively, React Native is easy to learn. Anyone who has a familiar web development background can get into learning about React Native as well without accessing different new libraries. It is relatively simpler allowing easy access via tools, patterns and libraries.

You might expect out of the box features, but not all of it is the same. There are additional components of React Native that require extra effort and time. As a result, using React Native with unique features can prove to be time-consuming. Moreover there are no pre-made widgets which is a huge problem.

While freedom of choice is beneficial, it has its cons as well. Understanding how to migrate and what features were used in the building of apps can consume a lot of time. Hence, it can become tough to determine one potential solution for it.

React Native's UI is supposed to be stronger but it is not. With every update, there is some issue with UI which can pose threat to the app functioning. Compared to React Native, Flutter has a more convenient and stable UI.

React Native boasts of a huge library but most of the packages in it are of poor quality. Moreover, there have been instances of packages being banned. Before using any package, it is necessary to check the working to avoid inconvenience in the app development process. Make sure to read about the restrictions and limitations for extra advantages.

Flutter vs React Native: A comparison

Flutter follows Dart, which is developed by Google Dart. The learn curve for Dart is pretty low which is why not a lot of developers prefer using it. However Dart can be easily understood by developers who use Java or JavaScript.

React Native follows the universal programming language, JavaScript. Hence the developer community for React Native is a big one with dynamic movements. A wide range of tasks can be carried out using React Native.

React Native has UI rendering with API for device features. Apart from these, the other features need to be accessed via third-party libraries.

The Flutter framework has a developed API as well as a stable UI. The UI allows various component access which can be helpful for state management, testing, navigation, and other libraries. Well, one needs to rely on other third-party libraries to access certain features.

React Native supports the hot reload feature as well which helps to save time. You won't need to wait for updating the apps as it can be easily changed. Comparatively, React Native has better IDE support that allows editing as per the user preference.

React Native isn't much old and has been in the market since 2015. Hence, development has become extremely convenient and easy with the growth in the developers' community.

Flutter gained popularity back in 2017 after being launched by Google. Flutter's developer community isn't as big as React Native and is still in the development phase.

At the end of the day, it all comes down to personal preference. Both Flutter and React Native are extremely convenient and popular. They have their fair share of advantages and disadvantages that need to be addressed immediately.

However, as of now, React Native seems to be taking the front seat and ruling the market. It can as well be said that React Native is indeed the best cross-development platform. But we cannot rule out the possibility of Flutter being extremely popular among the masses. With each passing day, Flutter is developing and bringing about features that will appeal to the audience. Make your decision wisely.