Mobile app development market is continuously growing according to the changing market. There are millions of apps available on the app store for the customers to use. Each year the number of app downloads has increased a lot than the previous one. The past recent years were extraordinary for mobile apps as the dependency of customers has largely increased and there are endless opportunities in the mobile app market. However, it has been projected that the coming years are going to be huge for mobile apps and all the things will be accomplished on the smart phone.

The technology has become highly lucrative and is ruling the world by providing amazing benefits. 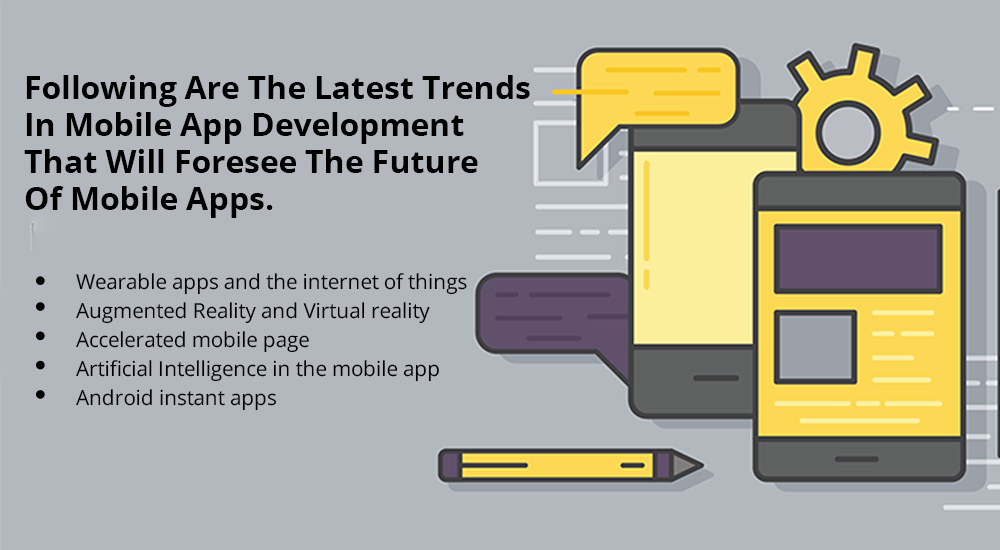 • Wearable Apps And The Internet Of Things: The dependency on the internet is increasing day by day. People use the internet to accomplish their day to day activities such as education, health sector, retail etc. It is projected that the usage will increase to a large level in the upcoming years.

• Augmented Reality And Virtual Reality: The recent years have been analysed and there has seen a predominant growth in the development of mobile game apps such as Pokémon, Subway surfers, temple run etc. In the coming years, this feature is going to generate enormous revenue by attracting a large number of users to go for it.

• Accelerated Mobile Page: The speed of loading a page in the mobile apps has increased. It is all with the support of Google. People avoid using systems and also carry their official tasks such as conference, checking emails etc on their smart phones.

• Artificial Intelligence In The Mobile App: There are many intelligent apps that complete the whole task by a single input. The market for artificial intelligence is likely to grow to large level till the year 2020.

• Android Instant Apps: There are a few mobile apps that work like websites and are largely in demand because of enough user convenience. These instant apps do not require installations and save a lot of space on your smart phone.

Mobile Goodness, In Your Inbox

The latest trends on mobile design, UX and more delivered to you. And a free ebook to
help you define your mobile strategy today.