What is special about mobile development? 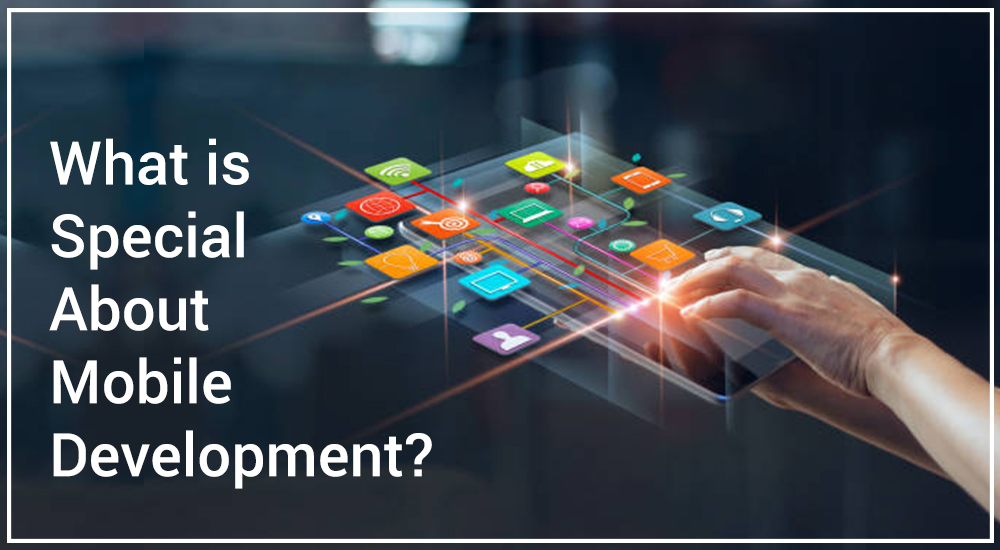 One of the most appealing areas of software development is mobile app development. The development of an app creates an opportunity for a development team to create a useful, actual and meaningful app for the users. Mobile applications developed by the programmers are absolutely unique and fulfil the requirements of the user. They are meant to offer ease of work by providing easy to use features. Mobile apps are a future of development and are very much helpful for businesses by rewarding their customers with a handy and favourable platform.

Some of the major mobile app development platforms are:

• iOS: iOS is one of the major platforms for app development as it is the one that has brought mobile apps into the market and completely transforms the use of the mobile device and mobile software. The platform iOS is developed by APPLE and is created to use on the Ios devices. This platform runs on Apple watches, Apple mobile phones, iPads, iPods and Apple TV.

• Android: This platform is widely used in almost all mobile devices. The platform originates a litter later than iOS. Android covers the most leading share of the market.

How mobile app development is done? 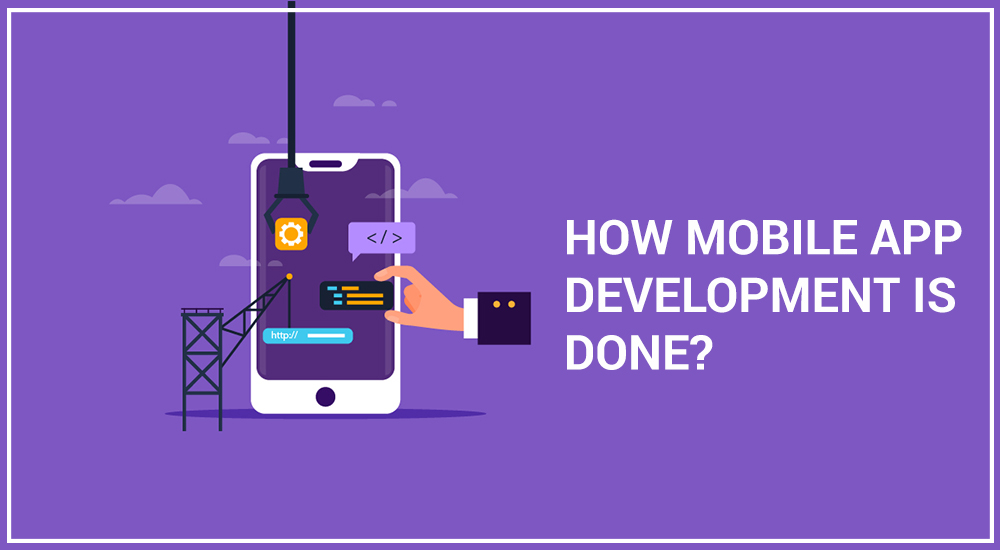 Starting with a mobile app idea seems great but to start with the procedure is not easy. As there are many apps already running successfully in the market, the idea of developing a new and unique app requires a lot of market research. You can start by writing it down on a paper and keep on adding the related details. To know in details about the steps involved in mobile app development starts with the idea of the app.

Following are the steps involved in mobile app development.

• A great idea provides a great app: Before starting with the app, the important thing is to keep in mind your purpose of developing the app. The purpose of the app will decide the features that need to be introduced to the app. The app should increase the tangible benefits of the customers such as improving customer experience, enhancements in productivity to reduce costs etc.

• Identify the app needs: The first thing that needs to be cleared before starting with the app development is the application's users. They are the ones who are going to use the app. The second thing is the mobile platforms and on what devices the app is going to launch. The third thing to consider is the revenue model that is going to benefit your app, the models available are a separate app, paid applications, in-app fermiums, subscription, pay per download and advertisements.

• Design your app: Designing an app is a crucial step in the development process. The developer should pay focus on the UI design, platform design standards and multi-touch gestures for touch-enabled devices.

Identify the approach to develop the app such as native, web or hybrid: Choosing the right approach is very important for successful development. The native apps require a lot of skills and time but deliver a great user experience. Web apps are quick and cheap and can run on multiple platforms. A hybrid app is the latest approach to development.

• Develop a prototype: This step is to turn your app idea into an application by adding some basic functionality. A prototype helps in selling your app to the potential buyers.

• Release and deploy: Deploying an app needs a live environment to test the app for any errors.

Capture the metrics: Installation of successful analytics tool helps in capturing the metrics. This shows that how many people visited your app, installed or widely using it.

App development does not end after fulfilling the steps; it needs to be constantly improved for new additions according to the changing needs of the customer.

Mobile Goodness, In Your Inbox

The latest trends on mobile design, UX and more delivered to you. And a free ebook to
help you define your mobile strategy today.