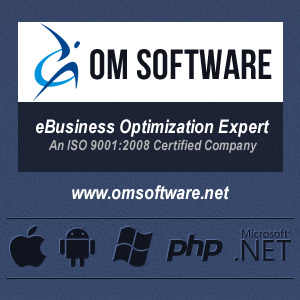 Official Author for Publishing News and Blogs for OM SOFTWARE

Om Software Wishes Happy Independence Day To All Us Citizens

OM Software Internet Solutions Private Limited , an Indian It Services firm wishes a blissful Independence Day to all US Citizens living in or outside United States. On this occasion OMS congratulates all its US clients and other peers associated with OMS.

July 4, 1776, the day of declaration of Independence by thirteen American colonies is celebrated as the US Independence Day. The day is symbol of unity, integrity and historical achievement of United States as a sovereign country. After the independence, United States has achieved par excellence growth and prosperity in all segments of development and living status of residents.

The progress of United States in Education, Health Services, Science and Technology, Sports and Entertainment is far above the normal global growth rates. After independence United States has been a world leader in innovations in the field of Science & Technology, Aerospace Research and Military Development. United Status has also contributed for better standards of living in downtrodden areas of other countries.

On this day, OM Software wishes that all the coming years will become as bright and prosperous as the rich heritage of United States.

Company Note: OM Software in an Indian It Services firm specialized in providing best quality IT services. With a team of experts in various technologies, OM Software is able to deliver all types of IT assignments within minimum timeframe.